Here's ECLISSE 40 Collection: the frame seen from a new perspective

An invisible and purely structural element until now, for the first time the frame becomes beauty and design, giving the door a significant presence and a unique expressive force.

A project that puts the frame at its core, turning it into an absolute protagonist able to redefine the final appearance of the door. Emerging from the wall, ECLISSE 40 Collection outlines the volume of the threshold, creating a close connection between the two spaces it separates. A new archetype that allows to see the door from a new perspective, enhancing it as if it were inside a picture frame.

An unprecedented appearance that maintain on the other side the elegance and sobriety of a flush door. ECLISSE 40 Collection is an absolute novelty in the market the brainchild of the two designers, Francesco Valentini and Lorenzo Ponzelli. 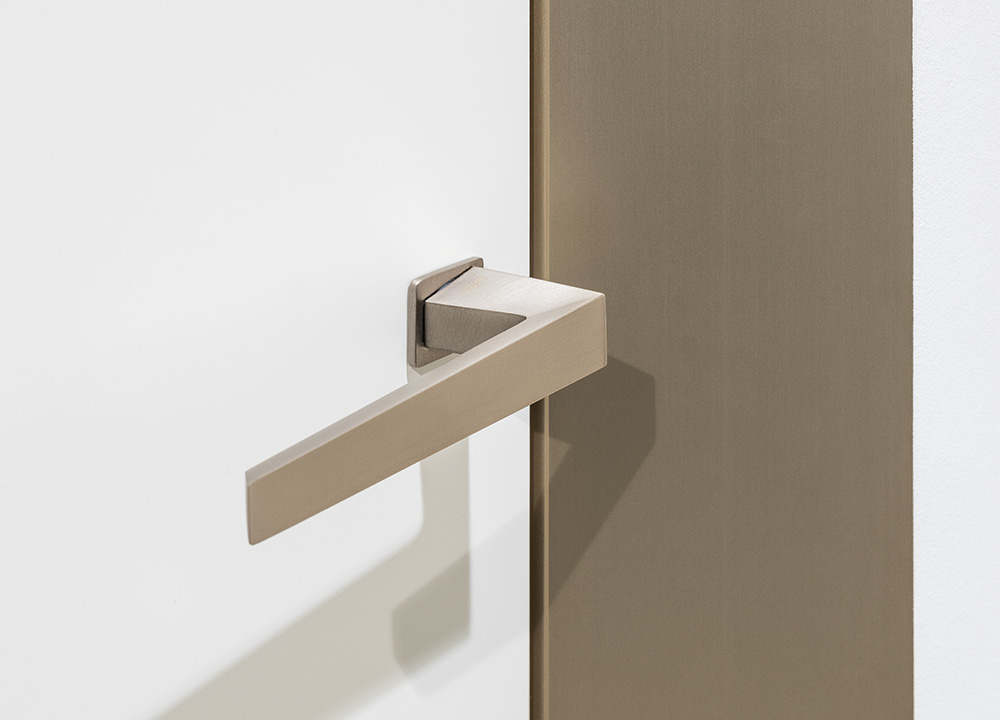 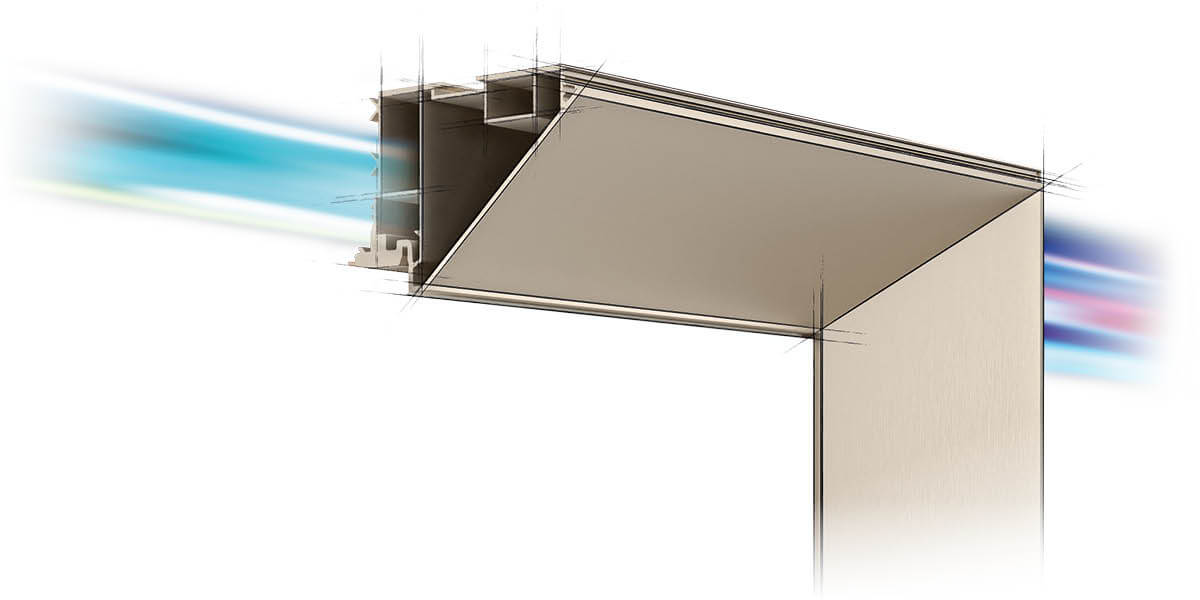 The anodized aluminium profile sets the 40 degrees incline. A single structure for both solid and stud walls. 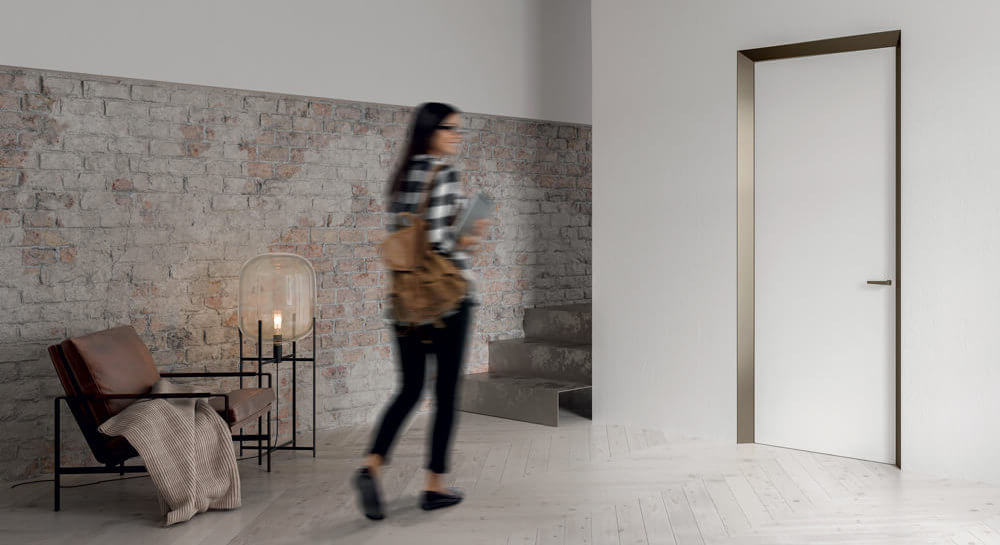 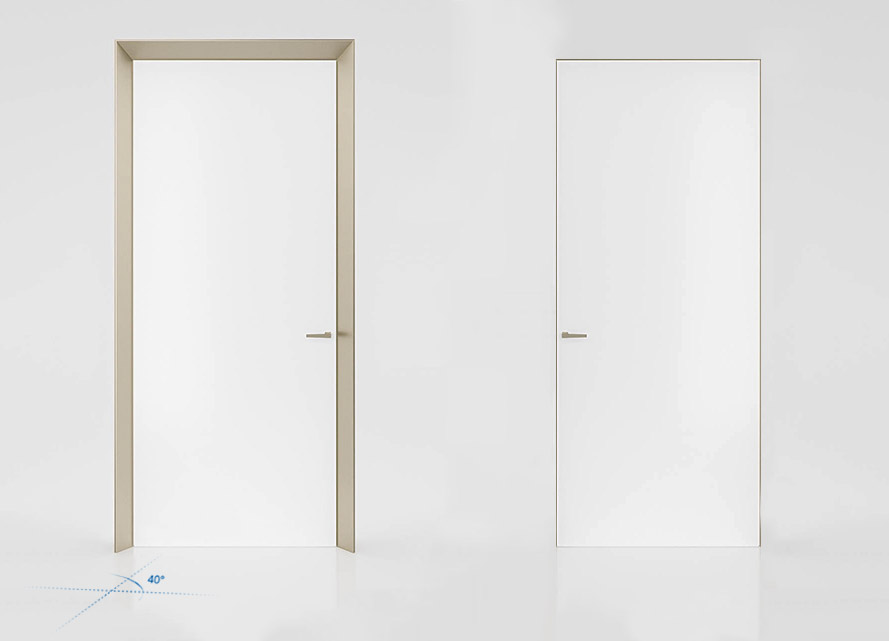 An innovation that rethink the frame as an element for design and no more just a technical and structural component.

ON ONE SIDE, the frame outlines a splayed door, almost tridimensional. A sense of depth with respect to the wall, defined by a 40 degrees tilted surface. The structure empties the wall and enhances the room. Like a picture frame, it encloses the door and invites us to cross through it.

ON THE OTHER, the very same frame ensures the perfect planarity of a door flush with the wall that can be finished with paint or wallpaper, just as the surrounding wall. Elegance and discretion.

Anodization is an electrochemical process usually used on aluminium that modifies its surface, creating a protection that prevents the wear and tear of the metal and gives it greater resistance to weathering, stains and scratches. 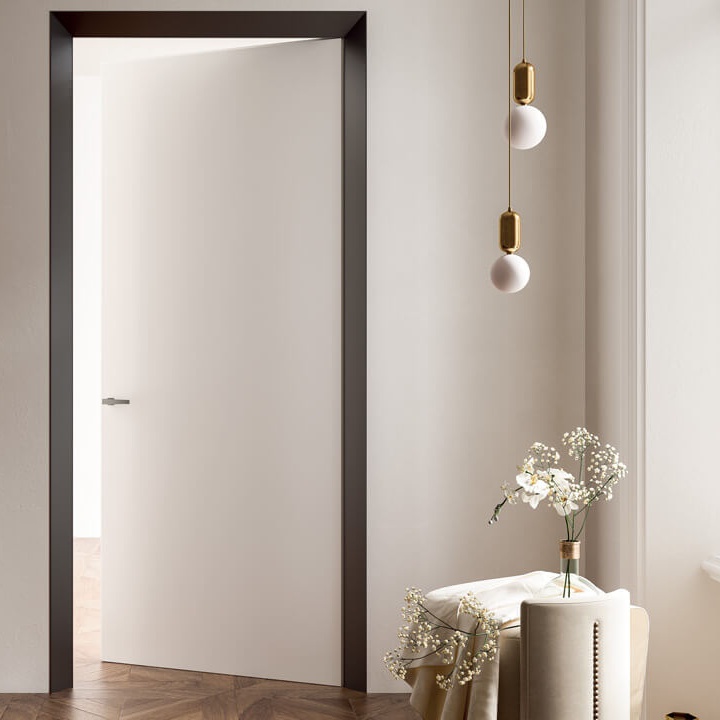 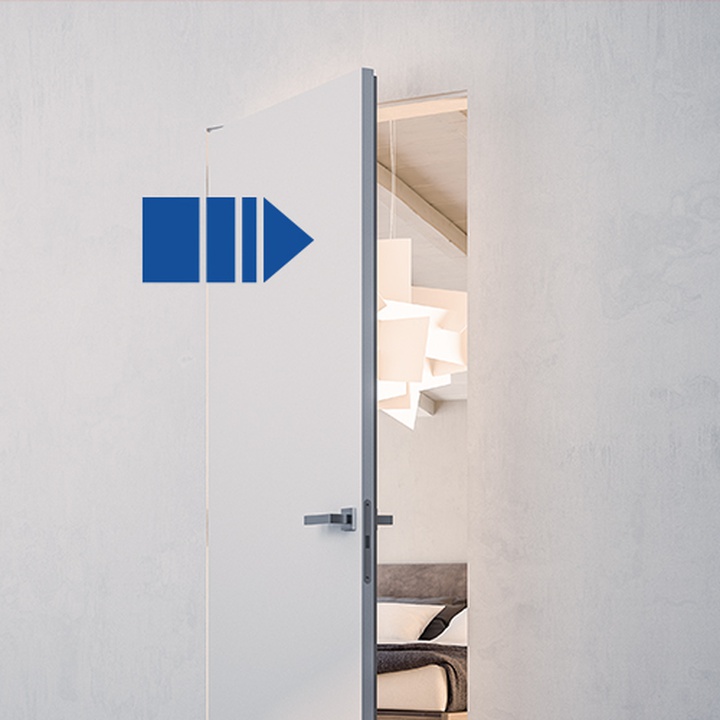